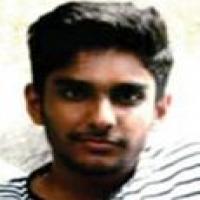 I aim to become a physicist (scientist) in my life. When I was in 10th standard, I had won first place in district level science exhibition and was selected to the state level exhibition. I was recently declared as a young scientist in my district and was selected to the conference at the state level by Karnataka Rajya Vijyanana Parichat. I have participated in State Level Volleyball Tournaments thrice, and have also participated in ‘National level Volleyball tournament’ once till now, have won the state level tournament. As Einstein says, scientists are just curious. I think I have developed that curiosity in these years. For formal education, I am preparing for KVPY, JEE, NEET and other competitive exams, which might help me get good knowledge and also join college. I try different things with what I learn. I conduct thought experiments. I learn new concepts on the internet also. The NIAS-MAiya PRODIGY mentoring program might help me to get graduation and post-graduation in pure science at IISc. I am also in need of monetary help.