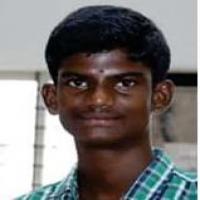 I aspire to be a good actor and also someday, direct movies. I want to be part of movies with strong social messages. In 2017, I received best child actor award in 64th National film fare for the movie ‘Railway children’. In the same year, I also received state award for best child actor. Recognizing my achievement in 2018, I was awarded the exceptional achievement award by Department of women and child welfare, Karnataka. Presently, I work as the production manager and actor in the movie ‘action drama cut’ undertaken by the central government. I have also worked as an assistant to many directors. I have written stories for two movies. I am keen to research the ways in which the modern world is changing the status quo in human relations. I think the fellowship will help me build skills for research, along with helping me build a career.