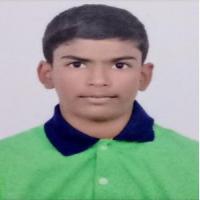 I have an interest in Fitness, Music, Sports, knowing about Bio-life and anyhealthy competition. I had taken part in the Google Science fair in Grade 6 and reached the level "Alpha". Just when I could have become an "Agent" I failed as I didn't have enough resources to continue and lost the chance to fight with U.S.A. I also took part in Sanskrit Parishad of the state Karnataka and came third. I have recently taken part in selection for JR. Robocon and I am waiting to get selected. I took part in 2018's Zonals for under 14 and won gold in addition to 12 medals I have achieved so far in the Sports field. As a career, I want to do something in the field of STEM and History. I also have an aim to help mankind by inventing devices having Artificial Intelligence. I believe in this motto, ‘You never lose, until and unless you give up.’