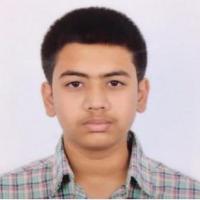 I am very intrigued with Science, Technology, Engineering and Mathematics subjects. I love working with puzzles, logical reasoning tests, intelligence tests, Astronomy, travelling and anything that mentally excites me. I practice Blender, time management, mathematical and scientific problems. I have completed the seventh level in Abacus, been selected to the second level for the National Science Olympiad five times and for the International Mathematics Olympiad two times. I am also very strong in Indian Mythology. I love playing Chess and have won more than sixty five prizes in several interschool/All India FIDE Rated tournaments/local Bangalore tournaments. I was a part of The Bharath Scouts and Guides, Bangalore north district for over two years. I would be playing my first International chess tournament at the Grenke Chess Classic, the largest chess tournament conducted in Europe. At ALC I have learnt basic programming, usage of logarithms, tracking time, 3D modeling, and new concepts in science. This has definitely improved my overall personality.